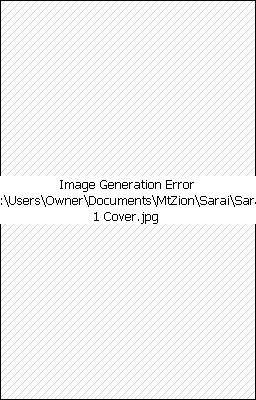 Daughter of a wealthy, respected rabbi, she prepared herself for marriage to a man of equal wealth and status. Her father indulged her curiosity, and provided her an education rare among women of those times. She used the healing talents Adonai had given her, to serve others.

However, her father's teachings about the Messiah were in conflict with the high priest, and many in the Sanhedrin. He believed the Messiah would first come as the Suffering Servant, not as a triumphant warrior to rescue Judea from the tyranny of Rome. He was labeled a heretic, ostracized from the Temple. When he died, Sarai's world disintegrated. Her suitor vanished, along with all his sweet promises.

Reduced to nothing, Sarai devoted herself to the man who kept his promises when everyone else abandoned her.

Then she encountered a rabbi named Jesus, from Nazareth, who fulfilled everything her father had taught about the Messiah. As Jerusalem was split by the question of who Jesus was, Sarai faced the most painful decision of her life.

The man who risked everything to rescue her, or the duty she owed to Adonai?

Break her promises and lose everything she had regained, or destroy her soul? 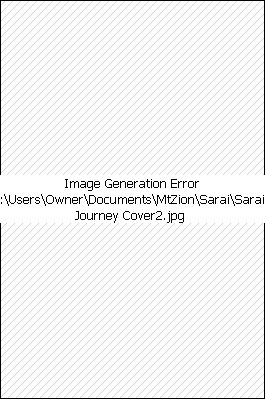 Sarai refuses to renounce her faith in Jesus, and her husband, Simon divorces her. She finds shelter with other followers of Jesus amid the turmoil after the crucifixion and news of the resurrection. When her friends decide to journey to Damascus for safety and to establish an inn, she joins them.

Discovering she carries Simon's child leads to painful decisions. She claims to be a widow, and prays Simon will not hear the news and take her child from her. Within the safety of the inn family, she builds a new life for herself as a healer.

The Inn of the Three Sisters becomes the gathering place for the slowly growing fellowship of Christ's followers. Sarai puts her education to good use, recording the memories of those who walked with Jesus and heard Him teach.

Then her old life in Jerusalem reaches out to claim her, calling on old loyalties and friendship. Returning to her former home to help those she still loves means risking discovery, possibly condemnation. Her duty as a healer, and as a follower of Christ, requires a step of faith and courage that seems beyond her. The consequences of her decision will change her life, and the life of her daughter, forever