Far on the edge of settled space, the colony world Mallachrom is mostly wilderness. The slow growth of Human settlements is due to fear, secrets, and deception. Years ago, during an invasion by the alien Talroqi, many adults were killed while most of the children vanished, spirited away to safety by the sentient canines known as Shadows.

Those children came back from the wilderness changed, bound to the planet in ways they can't, or won't, explain. Called the Taken, they live on the edges of civilization. The new government on Mallachrom fears them enough to want to exterminate the Shadows and claim the Taken are dangerous--under the corrupt influence of Shadows. The Taken have no illusions about what's really happening out in the wilderness and refuse to trust the government. Alone, they guard secrets and elude dangers that most Mallachrom colonists will never be forced to face.

Poised on the horizon is a war that looks on the surface to be nothing less and nothing more than a battle for control of a planet and the extermination of a sentient species. But at its core is the truth that if Mallachrom should fall, so might the entire Human race. 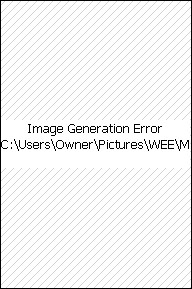 The hive-minded insectoid Talroqi have been at war with Humans for generations. Rover captain Rhianni Day was born on Mallachrom but grew up close to the battle lines with her father's team. Far from the war, Mallachrom should have been safe yet, after the Rovers left the colony world, the aliens invaded. The burden of guilt weighed on her father to his death, then passed to her.

Rhianni is ordered to return to Mallachrom and investigate what really happened in the Talroqi invasion, especially the strange stories of the children who survived and were carried away to safety by the sentient canines called Shadows. Those children, called the Taken, are deeply feared by the Mallachrom government. Rhianni has only good memories of the Shadows. More importantly, her childhood friend, Petroc Ash, is the leader of the Taken. Rhianni will do her duty, but Mallachrom is no longer home to her. She intends to find out the truth, leave, and never return.

Petroc's responsibility for the Taken and their secrets is too great to risk, even for Rhianni. Despite her long absence, their childhood bond has grown even stronger. Staying together will bind her to Mallachrom forever…and may inadvertently lead to her death and the fall of the entire Human race.

Book 2: That Synching Feeling, A Novella 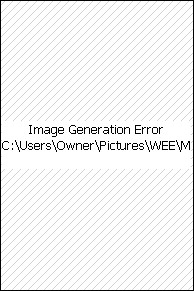 Rover Pilot Nureen Keala, Rhianni Day's best friend, is on patrol on the other side of the galaxy from Mallachrom and Rhianni's mission there. Responding to a distress call puts Nureen in the wrong place at the wrong time. She falls through a vortex into another universe where the Rovers and the war against the Talroqi don't exist.

On a space station belonging to the Trefarian Empire, Tedrin Creed has waited impatiently for the vortex to open again. Five years ago, Talroqi ships attacked his ship. After sending his crew away to safety, he defeated the Talroqi before the vortex sucked down his ship. He's been playing a dangerous game, feigning loyalty to the Empire ever since, all the while longing to go home. When a ship and a pilot claiming to be a Rover fall through, his chance finally comes.

But this ship is like no Rover ship Tedrin has ever seen, and the pilot doesn't like him, let alone believe anything he says. Nureen has every reason to distrust him. She knows all about Tedrin Creed--he was her grandfather's best friend and died a hero fifty years ago. Unfortunately, the vortex and the way home through it will only remain open for a short time. Can they learn to trust each other and escape the dangers of the Empire before it's too late? 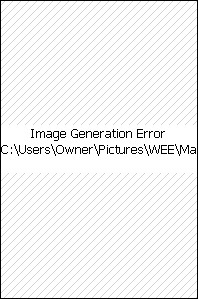 Starblue Ash, daughter of Rhianni Day and Petroc Ash, is well aware of the burden of her heritage. She's sworn never to join the Rovers or leave Mallachrom, but she's about to learn the hard way that making vows just challenges the universe to work against her.

Blue's two closest friends are Rover pilot twins Neona and Keegan Creed, children of Nureen Keala and Tedrin Creed. Since childhood, the three have shared a psionic bond. Given that she's the last of their family line, Commander General Day is determined to make Blue a Rover, too. If he has to use her friends against her to get her to comply, he will.

Fate intervenes when a team of Rovers discovers a world inhabited by creatures called Shades, who resemble the Shadows of Mallachrom. When the Shades make mental captives of Neona and other Rovers, the bond between the twins and Blue might be the only hope they have of freeing the prisoners.