This is the place to learn about goodies, freebies, upcoming events.

My way of saying thanks for visiting, for subscribing to my newsletter, reading, checking out the website ....

The good stuff will change from time to time, so please do come back!!!

January 1 is the first episode of the Ye Olde Dragon's Library storytelling podcast.
You can listen on your favorite podcast app, or you can go to Ye Olde Dragon Books and listen right there on the website. Just click on the link to the podcast page.

Mt. Zion Ridge Press will be launching a long-term project in coming months to release PRINT and AUDIOBOOK versions of my Tabor Heights, small-town contemporary romance series, and its sister series, Quarry Hall.
The plan is to release several new books in both series, when all the previous books have been re-released, with new cover art. Since there are 31 books between the two series already, this will take some time.

To celebrate this coming project, I have a short story you can enjoy now, for FREE, until February 1, when it will be officially released. 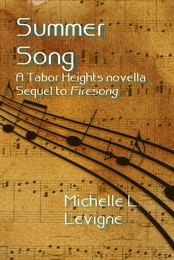 Until that time, the only place you can get it (did I mention it was FREE?) is through Ye Olde Dragon Books.

Sequel to the Tabor Heights novel, FIRESONG.
Dani has growing doubts about mixing marriage and a music ministry on the road. Then again, with as little time as she and Kurt can spend together, despite working for the same ministry, she might never see that engagement ring. Four weeks at a teen music boot camp gives them time together, but the egos and politics that converge in one place might threaten everything.

LIARS' QUEST, the first story of the podcast, is tied into the story world I created for the short stories that appear in the Ye Olde Dragon Books anthologies:
Daughter of the Beastly Beauty
Tower to Tower
Patches
and Box of Beauty/Beauty in a Box, appearing in the upcoming PERCHANCE TO DREAM (Sleeping Beauty) anthology coming in may from Ye Olde Dragon Books.

This book, and the others that follow, are the stories of how the parents of 'Na, the heroine in the above stories, discovered their magic abilities, met, tamed the enchanted castle, survived the enchanted forest -- and how Fang the bunny became partially turned into a vampire.

I hope you'll subscribe and have fun with me -- and meet me at  my blog to ask questions and give your feedback on the story. Any suggestions I use will ensure your name appears on the acknowledgments page when the book goes to print. If you join my  Patreon group, you'll have access to exclusive material, free short stories, and advance/discount pricing when the book goes to publication. And hey ... how about a special edition hardcover version? That might be possible ...