Welcome to the website for Michelle Levigne, author and editor.

Here you can explore and learn about the various worlds of my imagination:
science fiction, fantasy, romance, steampunk, YA, inspirational, women's fiction.

Yeah, I have a lot of books and a lot of universes and storylines for you to explore!

Check out the fun, quirky fantasy set in the weird little town of Neighborlee, Ohio!
From Ye Olde Dragon Books 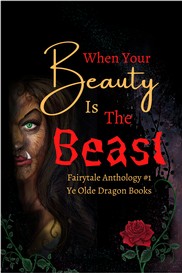 Let's start with a book full of variations on Beauty and the Beast.
Fall in love with an old fairy tale in a whole new way as you enter a dozen different worlds and find enchantment! 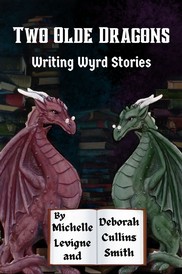 Dragons -- good and bad, beneficial and dangerous, friends and foes.

From ancient days to the far future.

Available in print and ebook -- and if you play your cards right, you might get it for FREE.
Check out Ye Olde Dragon Books, visit the storefront, and yield to temptation!

How about some fun fantasy with fracture faerie tales and a wicked queen who needs some serious reforming before she can be a heroine? 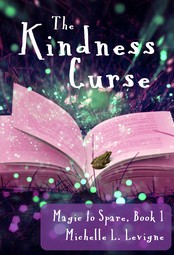 The NEXT Neighborlee book:
July 1
Shrunk: The Exile of Maurice

Maurice used his Fae magic to help the downtrodden and abused. But when he went too far, the Powers-That-Be decided he needed to learn humility, self-restraint, and mercy. They took away most of his magic, shrunk him down to five inches, and slapped wings on his back that no self-respecting Fae would be caught dead in. Then they exiled him to the Human realms, to work out his sentence helping Humans. 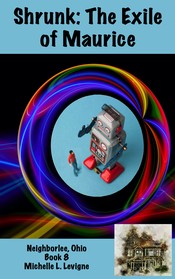 His destination: Divine's Emporium, a curiosity shop touched with magic, on the edge of the odd town of Neighborlee, Ohio.

His parole officer: Angela, the proprietress of Divine's Emporium, touched with magic and a shadowy past of her own.

His sentence: Help the Humans who come into Divine's to find answers, freedom, their own magic, and true love. Not necessarily in that order.

His problem: How does a five-inch-tall Fae, invisible to most Humans, win the heart of the ugly duckling who has caught his interest, his sympathy, and then his heart -- when she can't see or hear him?

If you're looking for EDITING services, contact me to ask about rates and turnaround time.
If you just want editing advice, have you considered my book of writing advice -- which a serving of snark on the side?
DO YOURSELF A FAVOR: Tips and Quips on the Writing Life, published by Mt. Zion Ridge Press. In paper and ebook.

My blog is at: www.MichelleLevigne.blogspot.com

You can find me on Facebook -- I have a personal page and an author page.

Or you can look for my book trailers on YouTube.

Welcome. I hope you have fun looking around, and you'll visit again, because whenever there's a new book or development, I'll be updating this page.