LANIE ZEPHYR is one of the more visible characters you'll meet when you visit the weird little town of Neighborlee, Ohio.

She's always there with advice and a smart remark, and sometimes stepping in with a display of some unusual talents -- such as telekinesis or the ability to tell if someone is lying, or even an infrequent and uncontrollable flash of foresight.

Now, Lanie gets to star in her own adventures. 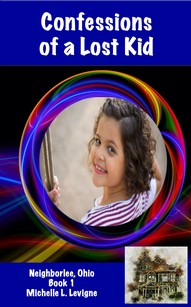 Lost Kids: toddlers found on the outskirts of town. When no one claims them, they grow up at the Neighborlee Children's Home. Some are adopted, some develop superpowers, and some vanish without explanation.

Lanie is a Lost Kid. She teams up with Kurt and Felicity, two other Lost Kids, to figure out what they are, and why they are. Mutants? Escaped genetic experiments? Alien visitors?  And if so, just how do they phone home? 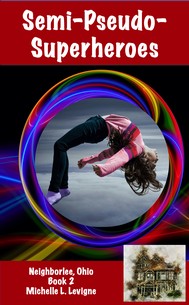 High school is rough enough, but the town of Neighborlee, Ohio, has traditions that make it even harder -- culminating in Senior Prank Night, when some seniors try to ensure they never walk through graduation. Lanie and her friends even have to cut short their own Senior Prank Nights to protect their classmates. It's rough being a semi-pseudo-superhero, especially when you don't even get a costume or a cool name.

Lanie and her friends grow into their duties as guardians. The threats to Neighborlee grow darker as enemies gather from many different directions. Other worlds. Other dimensions. Possibly even the Lost Kids who were stolen years ago.  The guardians do whatever it takes to protect their home.

And sometimes the guardians pay the ultimate price. 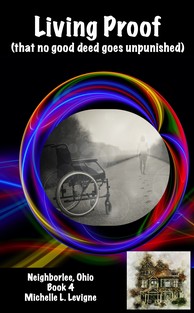 Lanie saved her student's life on Senior Prank Night, but broke her back and blunted some of her semi-pseudo-superhero powers.

Her brothers are living with her while their parents are out of the country on another book research trip.

Not so bad, but their parents have missed two check-in phone calls already.

The newspaper where Lanie works has been taken over by a conglomerate she now refers to as the Evil Empire -- and she loses her beloved school sports beat, to write the (gag) lovelorn column.

Then Col. Hayward shows up to say their parents have vanished ... near the Bermuda Triangle.

A series of increasingly nasty pranks lead her to believe someone is out to get her.
But worst of all, Christmas is only a few weeks away and she hasn't started her Christmas shopping or her holiday baking spree.

It's enough to make a semi-pseudo-superhero hang up her cape!

The shadows from Lanie's past continue to haunt her and her friends as Neighborlee moves from Christmas to New Year's Eve. Something or someone is tampering with the magical defenses of the town. Things and people disappear and reappear, with no explanation, and gaps in memories and time. An age-old nemesis is gathering its strength for another attempt to shatter the door that Divine's Emporium holds shut.

Sylvia Grandstone returns, and she's got her sights set on Daniel, Lanie's new boss. It's the same old Grandstone scheme to gain power and wealth by any means possible, including marriage. It would be easy to blame Sylvia for the new problems and mysteries, applying the Jessica Fletcher theory of crime-solving: the most famous guest artist is the murderer. However, Sylvia's years in Hollywood never got her anywhere near star status, and no one would ever believe she could be a criminal mastermind. Or so the guardians would like to believe.

As New Year's Eve approaches at Eden, the Neighborlee community center, the disappearances and time gaps increase. Instead of trying to convince town officials to cancel the New Year's Eve party, the guardians prepare for a showdown, and brace themselves to do what they have always done: defend the people of Neighborlee from the outside world, and defend the outside world from the magic and wonder and general weirdness that is Neighborlee, Ohio. 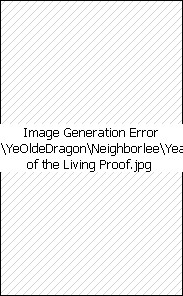 In between helping friends plan their weddings, Lanie deals with a dog that has moved in with her, and an unwanted match from a dating service that might be planted by enemies of the guardians. Plus there's this little problem that Daniel, her new boss, might be an enemy spy … 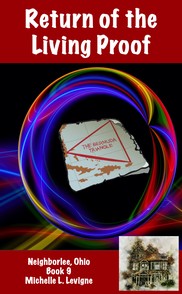 More information shows up about the disappearance of Lanie's parents in the Bermuda Triangle ... and a chance to bring them home. Problem: It might involve time travel, to snatch them out of the jaws of disaster before it strikes.