Despite all the labels their enemies threw at them to justify taking away their freedom and destroying them as a race, the Khybors survived. Their struggle for freedom and to find their purpose in the universe parallels the conflict that eventually destroyed the Central Allied Worlds. The Khybors are the ancestors of the Leapers, who return to the universe of their ancestors during Age III in the Commonwealth's history.

But first, they begin with one young girl, the daughter of a scientist trying to develop bio-crystal for medical purposes...

All Commonwealth books are published by Writer's Exchange.

Go far back in Commonwealth history, before the Downfall of First Civ, when the galaxy-spanning civilization called itself the Central Allied Worlds. Three novellas in one volume explore the birth of the Khybors, whose descendants will impact the Downfall, the rebirth of civilization, the return to the stars, and the Commonwealth far into the future. 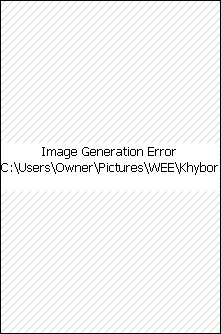 Khrystalis:
Kerin was the youngest child of two powerful, intelligent, gifted research scientists. When the military interfered yet again in her father's research, the resulting lab explosion filled Kerin's body with experimental bio-crystal, long before it was ready for human testing.
She was changed.
Bio-crystal was meant to aid the body in repairing itself, when medical science was incapable. As it penetrated down to the genetic level, Kerin learned to change herself, and to sense the world in totally new ways. When her gift reached out beyond her own biology, she stood poised between being the bearer of a great gift for humanity, or a threat that would change the universe.

Ambush:
The twins, Casta and Pol, should never have been born, and there were many enemies who would still try to destroy them as they reached adulthood. Hidden away on a remote colony world with their uncle, they were allowed to explore all their potential, develop all the gifts they could imagine.
That potential was put to good use when their home was attacked and their uncle was kidnapped by enemies intent on destroying first their world, then civilization. Their favorite game was called Ambush, and now the game had become reality. The enemy would never know what hit them.
When the smoke had cleared, they had regained more than their uncle. Now what they were had a name: Khybors.

Wing and Claw:
Lor and Jae led the Khybors, training them to be the frontrunners of exploration teams clearing alien worlds for colonization. They had learned young not to trust the powers-that-be when they spoke of peace and cooperation between the emerging groups of augmented Humans and the rest of the Human race. All the signs were there, that the enemies who had been quiet, hiding in the shadows for generations now, were ready to emerge and attack once again.
The time had come to reach for the stars, for Khybors to flee to the furthest limits of explored and colonized space, and find a world where they could live in peace and safety. First, they had to rescue the people who dared to stand up for them and speak on their behalf, before their voices were silenced permanently. 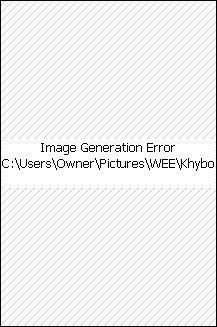 Before the Commonwealth, there was First Civ, and then the Downfall, an age of barbarism when the galaxy-spanning civilization shattered and colony worlds were abandoned to die or to survive by their own strength.
This is the story of Elin, a direct descendant of the first Khybor, with the future of her race resting on her shoulders. When the Set'ri wanted to declare them non-Humans and have them exterminated, and other factions in civilization wanted them declared a slave race, Elin led the way to a desert world called Norbra, where Khybors had a chance to live free and to raise their children in peace and safety.
But their enemies followed them... 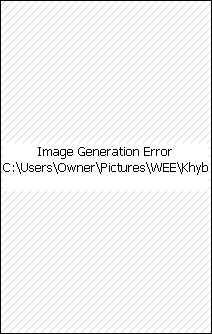 Khybors fled to Norbra for a safe place to raise their children, far from enemies who wanted them declared non-Humans, and either enslave them or annihilate them entirely. Like the selfish, arrogant queen of legend for whom the planet was named, Norbra had a reputation for destroying all life. Elin and those who settled the planet believed and hoped that no one would want the planet, and their enemies would leave them in peace and wait for Norbra to destroy them.
However, Khybors were made to survive. They made Norbra their home and used the dangers of the planet for their own defense. Then as the generations went on, they made a long-range plan for survival, because they knew their enemies would not give up. The only way for Khybors to survive as a race was to go so far away that the Set'ri and other enemies would never find them, and in time, maybe even forget about them.

Rorin Pace came to Norbra to win Elin's heart, follow his dream of pilots "becoming one" with their ships, and find a way to protect all Khybors.

Kheeran, their daughter, reached new dimensions as a pilot.

Banjer, their son, dove deeper within the computer world and discovered the vital element in the long-range plan of escape to the far reaches of space for Khybors.

Zeph, a Wrinkleship pilot, allied with the Khybors in building their fleet and brought them a damaged ship full of prisoners and pirates and a growing artificial intelligence: the Nova Vendetta. Errien, Kheeran's daughter, led the pilots who searched for new gateways to other universes.

Meanwhile, their enemies grew stronger and came closer, and the countdown began to the destruction of the Central Allied Worlds.

The time has finally come to act.

The survival of the Khybor race, Wrinkleship pilots, and other augmented folk -- the feared, and despised and threatened races of the Central Allied Worlds -- depend on the children of Norbra.

After generations of cycling back and forth between abuse and praise, friendship and fear, Elin and Rorin and their descendants have not just the plan to save all Khybors, but the technology to make it possible. The mind-machine bond with their Skip ships allow them to create Wrinkles in the fabric of space. Now they can flee beyond the reach of politicians and genetic purists and extremists, led by the vicious Set'ri, who insist they are no longer Human and therefore deserve to be annihilated.

To buy them time to not only to safety, but ensure the safe evacuation of their allies, they need to proceed slowly, carefully, and if it all possible, invisibly.

Then a new discovery changes everything. They aren't just Skipping beyond the reach of the government's sensors -- they are Leaping to entirely new universes, perhaps new dimensions. Where the CAW can never find them.

And in one of those new universes, they find other Humans. To protect themselves and keep all new worlds and races from preying on them, the first law of the Leapers is born, though loss and pain and despair:

To harm one Leaper is to harm us all. Harm us, and the gift of the Leap will be taken away from your city, your country, your world, your solar system.

For six hundred years, the Khybor scientists on Ayvystal slept, through the destruction of their civilization. Now the new civilization built on the ruins above them threatens their existence.

Caspya is their Sentinel, their guardian. She must make contact with the living, waking world above them, find allies, and recover their life tubes before any more members of their virtual reality Community are killed. Or worse, found by the heirs of the enemy who sent them into hiding long ago.

Problem: The language and culture have changed in six hundred years.

Bigger problem: Finding someone to believe her.

Biggest problem: She can't leave her life tube. The only way to make contact...is by animating the recently deceased.