Guardians of the Time Stream

Guardians of the Time Stream 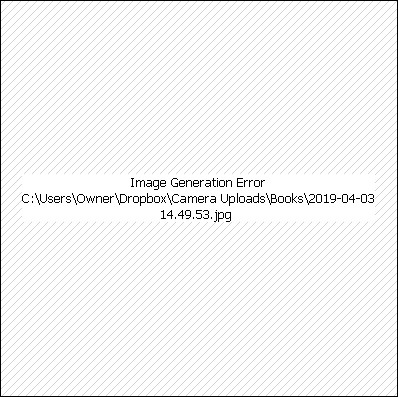 The Guardians of the Time Stream is a steampunk-ish series set during the reconstruction of the United States in the decades following the Civil War.

Technology is on the rise, with locomotives and steam-powered industry, airships and other experiments in slightly anachronistic technology. A fascination with travel around the world and the exploration of other cultures, especially ancient cultures, is on the rise.

One thing to keep in mind is that this is an alternative-history Earth ...

The Guardians of the Time Stream, who call themselves the Originators, are determined to ensure the effects of certain events in history don't do any more harm to the planet than has already been done.

Their secret: they are the descendants of travelers from our far distant future, who traveled into the distant past to prevent another group of time travelers from altering the world to suit their vision. And as Ess Fremont grows up and learns her heritage, her family's history and their secrets, she takes her place in the battle to protect the world.

Ess Fremont already hated her boarding school before discovering the headmistress was trying to steal her inheritance. With her archeologist grandparents presumed dead in South America's turmoil, and her older brother missing, she struck out for freedom.

Guided by her grandparents' maxim to always help where she was able, and aided by their inventions, Ess made her mark. First step: reveal a Resurrectionist plot to the Secret Service before the Southerners could re-start the Civil War.

Disguised as a boy, Ess headed West. Sharp eyes, scientific principles, and engineering knowledge put her in the right place at the right time to do the right thing. Powerful allies included President Lincoln, the Secret Service, circus performers, train inspectors, and Pinkerton agents. Not bad for a girl between her fourteenth and seventeenth birthdays.

A traveling exhibit of Egyptian artifacts is threatened by thieves. Pinkerton agents, including Ess Fremont, are assigned to protection duty. The thefts of artifacts around the world makes this a priority mission, not just for the sake of antiquity but for diplomatic reasons.

A midnight vigil in the Smithsonian Institution's warehouse brings Ess face-to-face with the reason behind the thefts -- and the two groups seeking what is hidden within the artifacts.

Encountering her missing grandparents' allies, Ess has a chance to reclaim her heritage. The question is if she wants to. Athena Latymer and the members of the Blue Lotus Society aren't being honest with her. How can she join a battle affecting the entire world when she doesn't understand the reasons for the war? There is more to the Blue Lotus Society than protecting Egyptian history and culture.

As the exhibition crosses the country, Ess approaches the tipping point, when her decision could be made for her. Who can she trust? Who is lying to her and using her? Even for the chance to be reunited with her brother, Uly, she isn't quite ready to commit herself to an organization full of secrets.

Ess Fremont and the Blue Lotus Society know the Originators have been infiltrated by Revisionists, their ancestral enemies in the quest to rewrite or protect history. The treachery has reached even to their headquarters, Sanctuary, an underground complex near San Francisco.

Problem: The Society can't contact Sanctuary, or risk putting power into the enemy's hands. Yet Ess must go there to claim her heritage and learn how and why her grandparents vanished seven years ago. All her answers, and a vital weapon in the battle against the Revisionists could lie in her grandparents' vault -- and Ess herself is the key to open it.

Solution: Ask her family lawyers to "turn her in," and on the train ride cross-country, begin her education.

The journey launches revelations that threaten everything Ess knows as truth. As she uncovers schemes within lies within treachery, the fulfillment of her family's destiny rests heavy on her shoulders.

Who can she trust when her own grandparents blocked her memories, and the means to save or destroy them all are hidden in the vaults of her mind?

Then the enemy strikes far too close, and she discovers that making the right choice can't always wait until all her questions are answered.

MUSIC IN THE NIGHT

Ess's mother, Vivian, left her a rose made of the same crystal that formed the Great Machine, which allowed the Originators and Revisionists to travel through time. A matching rose belonged to her friend, Anna, and the two women communicated mind-to-mind, until Anna died. When Ess as too young to understand, she touched minds with Carmen, Anna's daughter, through the crystal rose. Both girls thought the other was merely an imaginary friend.

Now, knowing the truth, Ess must search for Carmen, who is in great danger from the Revisionists. Anna died before she could teach her daughter the truth of the crystal rose, and her heritage. Carmen has no idea what gifts lie in her blood, in the power of song, and in the crystal rose.

When one piece of bad luck after another puts Carmen and her orphan charges out on the streets, they find shelter in an underground community. Their leader, Brogan, hides his scars in the shadows, and fears he is slowly growing insane. Carmen's music may be the key to solving puzzles passed down from their ancestors. The fate of the world of the future could rest in their hands.